POPS GUSTAV, Jersey City NJ
2011 was an odd year, pop culturally… almost nothing moved me to the point of “love” outside of things to which I was personally attached (see #1). None of the four superhero films in ’11 were great, some of my favorite TV shows let me down and as for comics, well… So, rather than post a list of seven “best” things from the last year, here’s a list of my seven “big” pop culture events.

1) BIG LAKE
My NSO (that’s notarized significant other) spent much of 2011 writing and recording her debut EP as Big Lake, a personal passion project that I’d think was great if I weren’t living with the artist. Beautifully evocative, it begs for close listening and portends a great future for my new favorite band (aw).
2) HABIBI by Craig Thompson
Craig Thompson freaks me out. He may well be the greatest living cartoonist today (not just of his generation). His sense of storytelling, design and his lush, intuitive brushwork are all the works of a true master. HABIBI is another amazing accomplishment in an already legendary career.
3) DC COMICS' NEW 52 Reboot
On the other end of the comics spectrum, the much ballyhooed relaunch of the DC Comics Universe was, to my mind, a short-sighted, ill-advised attempt to draw new readers while shitting on a vast (admittedly mixed) 75 year legacy. And I’m not just saying that because I’m a purist who misses Superman’s red shorts. Initial strong sales are one thing, but I’ll be shocked if they can maintain the momentum. For me, it’s not even the same world anymore.
4) DEXTER Disappoints
Since I discovered DEXTER after the second season, Showtime’s serial killer drama has been my favorite show. This past season promised to be a doozy, with Dexter dealing with a religious fanatic and his own crisis of (lack of) faith, but the writers seemed too scared to truly tackle such a hot button issue as religion. In addition, too many unbelievable character turns and a lot of loose plot threads just left the whole season feeling like a pale shell of a once great program. Even the enormous shock at the end of the finale seems like a bad idea.
5) X’s LOS ANGELES Tour
One of my favorite rock bands of all time toured in celebration of the 30th anniversary of its first LP, and the shows proved that its groundbreaking, incendiary punk poetry is as vital and exciting as ever. I saw two of the shows, in Asbury Park at the Stone Pony and in Hoboken at Maxwell’s, and was in punk rock heaven both nights. My only regret is that I didn’t see them again.
6) THE CHICAGO CODE
Easily my favorite show of the year couldn’t garner enough viewers to get renewed, despite a hearty online effort to save it. Alderman Roland Gibbons languishes forever in a holding cell, waiting for a trial that will never come...! Boo.
7) My Stuff
In a year where I couldn’t afford to do a lot of consuming (this is within context), I actually had a lovely time obsessing over my collections… remaking DVD covers, reorganizing bookshelves, consolidating, compiling, re-reading, re-viewing and all that stuff that makes my ilk full of nerdy joy. And if all goes as planned, hopefully a year from now, you’ll all get what I mean. 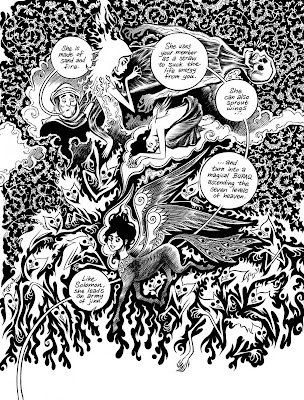 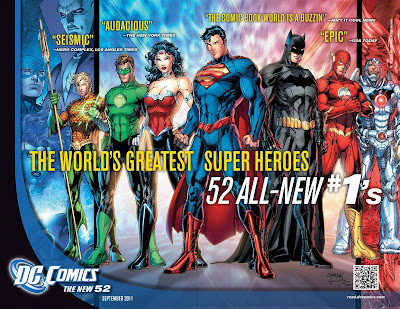 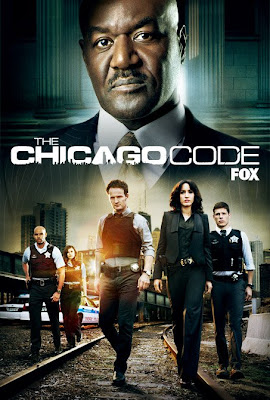