JOHN HANLON, Brooklyn NY
What I've Been Looking at Online While Work is Slow 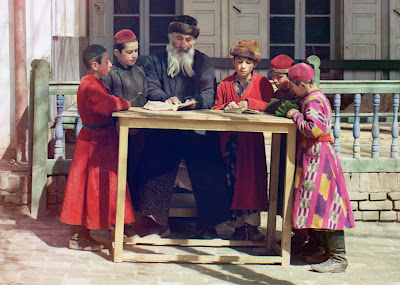 1. Color Photos from Russia Taken Over a Century Ago

3. Stop motion animation of a doll trapped in a world of Barbies set to Radiohead's "Creep"

This is just yesterday and today's list.
No comments:

(Sam the Sham & the Pharaohs

)
3. Hanging on the Telephone, Blondie

)
7. She’s Got Everything, the Romantics 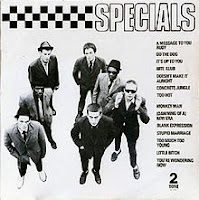 POPS GUSTAV, Jersey City NJ
1) People who go out in public their pajamas. I don’t care if you’re just doing laundry or running to get some milk, put on some damn pants. Or call Fresh Direct.
2) Dudes who don’t take off their ball caps in restaurants (That Sopranos scene in which Tony intimidates the guy into doing so was one of my favorite moments from that show)
3) Indiscriminate, non-stop swearing. Look, I love a good “fuck” as much as anyone (the word and the act), but to use it as a noun, adjective, adverb and conjunction in one sentence deadens its power.
4) Adults who drink like they’re still in college. Dude. Ditch the vodka / Red Bull or double Captain & Coke, man up and have a bourbon neat.
5) Obnoxiously oblivious moms. Get your fucking (see?) Bugaboo out of my way and stop behaving like you’re more important than I am just because you shat out a brat.
6) Kids on the Floor. Not toddlers, but teenagers who don’t seem to have the energy to stay on their feet at concerts or bookstores. If I have to step over one more skinny emo kid on the Taschen landing at the Strand, he’s getting my bootprint on his hoodie. More Red Bull, please!
7) Speaking of, EMO. That whiny, petulant singing style, the Hot Topic fashion sense, the insipidly banal lyrics all give me a headache as painful as that inspired by any oversinging American Idol star.
No comments: