7 Things I Remember That Place Me Firmly in Middle Age

(Though Not Nearly as Old as Karl, Thank God!)
JOHN HANLON, Brooklyn NY
1. Some paperbacks had a one page glossy ad inside. It was usually for cigarettes.
2. Sometimes when you heard the national anthem, it meant no more tv for the night. Our local PBS station eventually used the Beatles’ "Goodnight" instead. I’m sure they received complaints.
3. Folk Mass.
4. Most Time and Newsweek articles had lots of text with maybe a couple of black and white photos.
5. Soap was controversial because it was considered so racy.
6. You were supposed to let a phone ring ten times before hanging up if no one answered.
7. Major league sports teams weren’t basically interchangeable. Teams that had a working-class aura about them, like the Baltimore Colts, were actually made up of players who were working-class.
3 comments:

DAVID CALAMONERI, Hoboken NJ
1. Seven notes make a major scale (in Western Music)
2. I just like prime numbers.
3. On the seventh day the magic all knowing, all caring, floating being rested. Original Weekend?
4. the Seven deadly sins (lust and gluttony are my favorites)
5. the Seven colors of the rainbow
6. For all you hippies and yogis out there, the Seven Chakras (Twork that Muladhara)
7. Last but certainly not least TG7 and it's current 7NOW! form (If Godfather I & II can count as one so can these.) 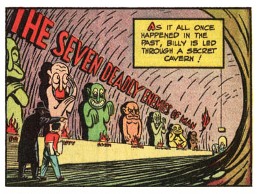 7 Things I Remember That Place Me Firmly in Middle Age 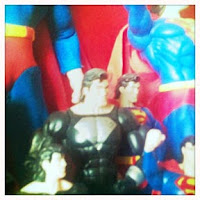 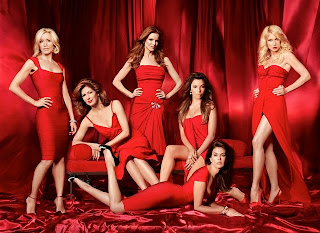 And yet another 7 All-Time Favorite Pieces of Pop Culture 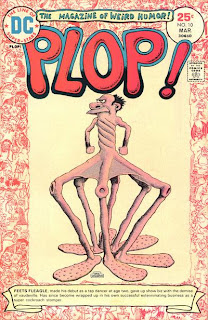 TGIF~ 7 songs that will always make me shake my shimmy

2. I Wanna Be Your Favorite Pair Of Pajamas- Andre Williams

5. Shake Your Rump- The Beastie Boys 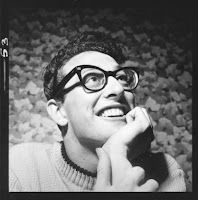 11) Let’s Active, Big Plans for Everybody 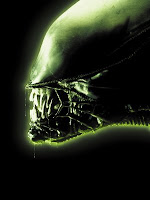 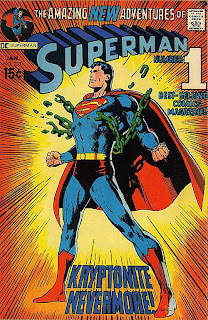 7 Musical Catalogues That Need to Be Reissued / Remastered / Bonus Tracked 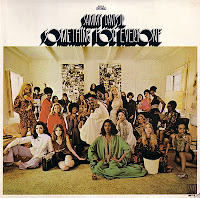 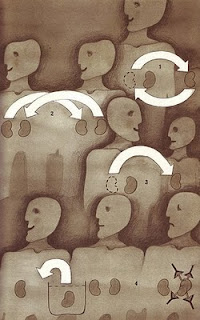 1. Taking the air conditioners out of the windows
This might depress some, but I see it as a sign I've survived another hot summer. Welcome cooler weather and (hopefully) less street noise.

2. Seasons by Blex Bolex
The linked video doesn't do the book justice, but it gives you a taste of the pleasures found within this beautiful and evocative book. Here's hoping that more of Bolex's work will find its way to these shores.

3. Hammer Horror Films Every Friday Night on TCM This Month

4. Boys Outside by Steve Mason
More polished than The Beta Band's potheads-playing-around-in-the-studio aesthetic, but addicting to the point that it's one of the few recent albums I wish was longer. 40 minutes isn't enough.

5. Goodbye Cinema, Hello Cinephilia: Film Culture in Transition by Jonathan Rosenbaum
One of my favorite film critics writes a book that cautiously optimistic about the changes in film culture brought about by dvds and downloading.

6. Penguin 75: Designers, Authors, Commentary (the Good, the Bad . . .) edited by Paul Buckley
75 recent Penguin book covers annotated by their designers and the books' authors, whose comments range from "the cover made it a bestseller" to "I hate it." Penguin 75 seems like a blog in book form, but I find flipping through its pages much more enjoyable than staring at a computer screen. 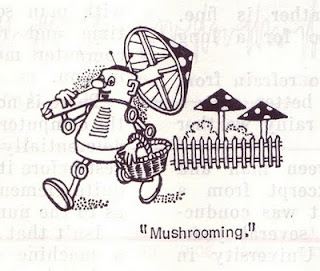