7 things that bands are doing at any town on any stage in any club in America... that you should take issue with

DAN MAXWELL, Bro-boken NJ
1. Playing a Beatles cover. A#1 rule - don't cover the Beatles. Ever. Never ever. Never. Just never.
2. This is a snobby one, but I like to see classic guitars - Fenders, Gibsons, Gretsches and Epiphones. Dont settle for anything "off."
3. A band thats says things like "Here's another shitty one" or "We suck, but we'll keep playing" - not only is it annoying but it's false modesty so it's a LIE. Dont give them the opportunity to do it again.
4. Drummer with a mic*. I've seen too many bands where the drummer gets a mic and gets way too chatty. Cut it off at the pass.
5. Not tipping the bartender - bands are big on this for some reason. I'll never understand why.
6. "Somebody buy me a shot!" - How about the bar will be there when you get off stage so you can get it yourself. Grow up, Peter Pan.
7. Generally too much talking. Just play your songs. No one is there for anything else. 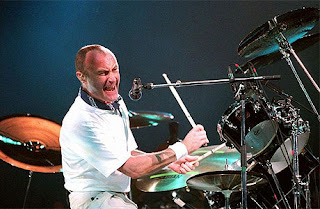 *with the exception of Levon Helm. That man could sing and he was "no bulls**t" with the mic.