TANYA MANCINI, Hoboken NJ
In no particular order-
1. The Pickle Licker Girl from The Soup.
This clip which originated on Supernanny never failed to make me laugh while played incessantly on The Soup this year. Sometimes wrong is right.
2. Band of Horses: Cease to Begin
This too-short album has been on repeat in my iPod since it was released in November. Country fried shoegazing.
3. Mad Men
I was worried this gem of a 1960s ad agency show would be overlooked, and worse, cancelled. I was wrong. Great storylines that leave me wanting more, amazing attention to detail and fantastic clothes. It's just about perfect. Don Draper, you're the dreamiest.
4. La Vie En Rose
Edith Piaf bioflick. Tortured, depressing and ultimately, if you're a fan you know how this story ends. It's a tad melodramatic, but Marion Cotilliard's performance is simply spectacular.
5. Scrabulous
I am old. I play Scrabble with my friends on the internet. It is awesome.
6. Love Is a Mixtape by Rob Sheffield
I don't usually like books by rock journalists, I'm not a big Klosterman fan. But Sheffields memoir of losing his wife to a pulmonary embolism at 31, was a tale told through speakers and headsets. For romantics and music fans - one and the same, right?
7. In Cold Blood by Truman Capote
How had I not fucking read this before? I was up until 4am finishing this, and then up until 6am all creeped out. 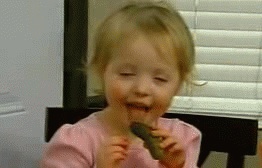