JOHN HANLON, Brooklyn NY
7 Good Things I Saw In A Movie Theater In 2007
1. The Assassination of Jesse James By The Coward
Robert Ford
2. Brand Upon The Brain! (Guy Maddin’s latest, performed with a sound effects crew, a small orchestra and a guest narrator. The night I attended it was Crispin Glover.)
3. No Country For Old Men
4. Out 1 (Jacques Rivette’s legendary 12 hour film about acting, conspiracies, love affairs, the death of the 60’s, and silliness as a way of life. I never thought I would get to see it, and now that I have, I want to see it again.)
5. Raiders of the Lost Ark – The Adaptation
6. The Swing Dance Sequence in Hellzapoppin!
(Most of the movie is self-referential Marx Brothers/Tex Avery-style anarchy. Then one of the most astonishing dance sequences I’ve ever unreels, and time seemed to stop as I experience something truly transcendent.)
7. What Is It?
(Crispin Glover’s first film. Unlike most experimental films, it’s never boring though it is incomprehensible.) 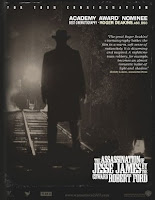 (I’m not sure what it means that every movie choice this year – apart from What Is It? – is either from, or concerned with, the past. Guess I’m getting old.)

7 Good Things Outside A Movie Theater in 2007
1. Battlestar Galactica
(It’s as good as everyone says.)
2. Endless Things by John Crowley
(Final volume in a series that’s among the best things I’ve ever read. In the previous books, Crowley wrote himself into a corner and in this one, he nimbly writes himself out, without it seeming like a cop-out or disappointment.)
3. Peter Evans Quartet
4. The Sopranos
(Obviously the end of the last episode, but the entire season was great.)
5. The “Tab” episode of The Sarah Silverman Show
(It’s as if I couldn’t laugh hard enough to express how funny this was.)
6. “Videotape” by Radiohead
(These lines, sung by Thom Yorke in that soaring voice of his, get me every time: “No matter what happens now/ I won't be afraid / Because I know today has been the most perfect day I've ever seen.”
7. White Chalk by PJ Harvey 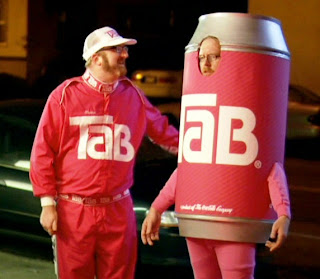